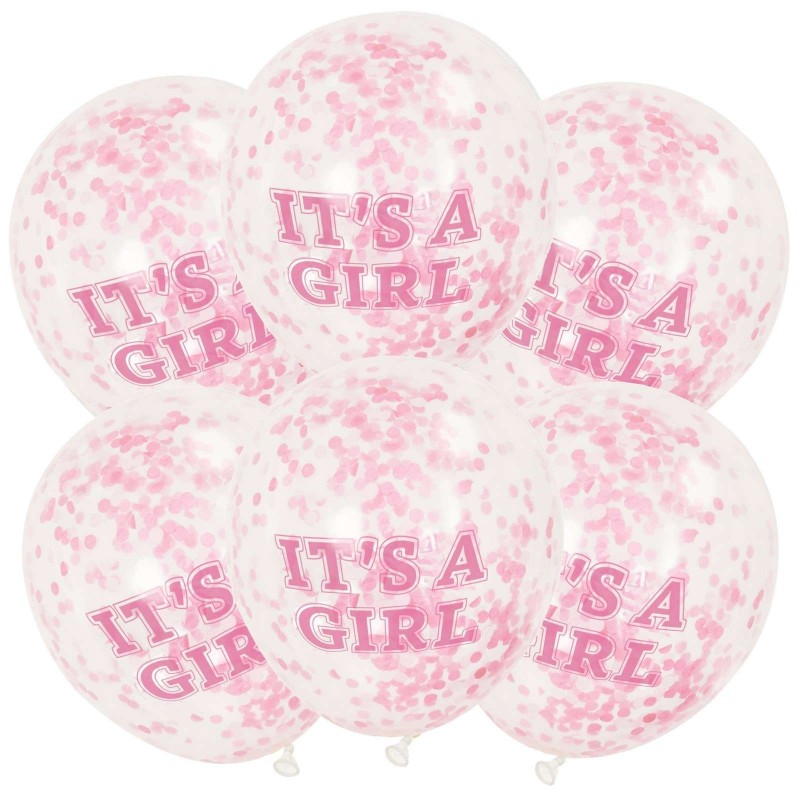 It's A Girl Baby Shower Confetti Balloons (Pack of 6)

Show your excitement for the upcoming arrival with these it's a girl Pink confetti balloons. Featuring bubbly "it's a girl" text and a small packet of tissue paper confetti pieces, these latex balloons will make a super cute addition to your girl's baby shower or gender reveal party decor. To use, first sprinkle a bit of confetti into each of these balloons using the provided funnel. Then, once they're inflated, rub them on a carpeted surface to build up some static charge to really make the confetti inside stand out. These baby shower supplies will look adorable tied to backs of chairs, or combined together to create a stylish balloon bouquet.

At Who Wants 2 Party we understand that due to unforeseen circumstances you may need to return your items, cancel parties or you simply over-ordered.

If you have changed your mind about a purchase, most items can be returned within 30 days. Please click here to view our complete return policy. 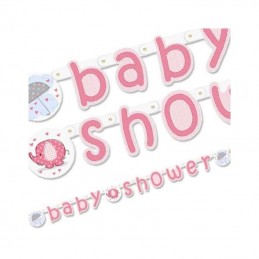 Our Prize Tickets Baby Shower Game is an easy game to play at any baby shower. Our tickets feature images of alphabet blocks, baby bottles and baby rattles in fun pastel colors. Simply distribute the tickets to each guest. Place stubs in a bowl and have the mum-to-be draw the winning number. Package includes 48 tickets. Pink About to Pop Confetti Balloons (Pack of 5)

These Ginger Ray Pink About to Pop Confetti Balloons are a great way to decorate and liven up a boring party venue. Fill these clear latex balloons with helium and shake to wake the pink confetti. Attach string and tie them down or add them to a beautiful balloon bouquet for an eye-catching arrangement. They can also be used for fun baby shower games!... Announce your good news in style by decorating with these it's a Girl Pink balloons. Featuring bubbly "Baby Shower" text, these latex balloons will make a charming addition to your girl's baby shower or gender reveal party. These baby shower supplies will look wonderful when combined together into a balloon bouquet. Or, get a friend to inflate them all... 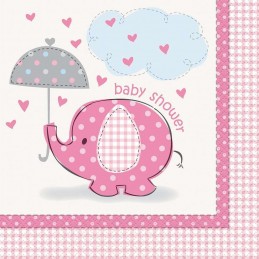 Let's get this wild shower started! Celebrate the new little girl with Pink Umbrellaphants Baby Shower Luncheon Napkins. Featuring a cute baby elephant holding an umbrella with a "Baby Shower" headline, these large paper napkins have pink love hearts and chequered pattern in the background. Add these adorable napkins to the table at your girl baby...